Moussa:
“Djembe Dance is present everywere in West Africa. Known for its enormous variety of rhytms, round and grounded movement. Drummers play with two hands, without sticks.
Sabar Dance senegalese roots dance, known for its high jumps, playful moves  and intense contact with the drummers. The drummers are drumming with stick.”

Moussa was born in 1991 is Senegal West- Africa. Coming from a griot family of musicians, dancers and storytellers, Moussa learned dancing at a very young age. He received professional training by his uncle Bane Ndiaye, Germaine Acogny at Ecole the Sable and Pape Moussa Sonko. In Senegal he danced with international artists such as Baaba Maal, Yousou Ndour and Abdou Guite Seck. Together with his uncle he also directed and choreographed his own ballet Synchro Art.

Moussa was invited to Belgium in 2013 by theater maker Chokri Ben Chika to perform in De Waarheidscommissie. He moved to Amsterdam were he is based since.

Still working for Ben Chika, Moussa also organises the annual festival the Sabar Challenge in Amsterdam and gives workshops in different cities such as Hongkong,  Essen, Marseille, Amsterdam and Oslo. He had been performing all over the world with artists such as musicians Yousou Ndour, My Baby, Kenny B, Eva Simons, The Nederlands Blazers ensemble and he did several projects with installation artist Dries Verhoeven. He appeared in videoclips in both Europe and Senegal. For an example click here

Moussa teaches weekly classes djembe, afro and sabar in Amsterdam West, Amsterdam Zuid-Oost (Untold) and Heemskerk (Danstuin)  and at different schools throughout the country. He is also leader of the group SAVA Afrika.

His students know him as an energetic and passionate teacher who really challenges everybody on their one level. He loves bringing people together. 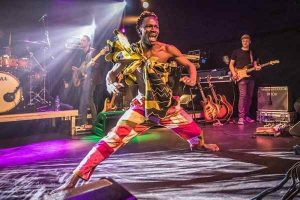